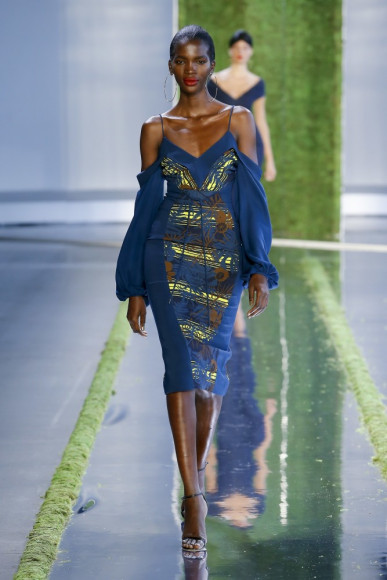 Aamito Lagum is a Ugandan model born in Kampala, Uganda, on December 3, 1992, Kampala, Uganda who is widely famous for being the first winner of Africa's Next Top Model. After her victory in the show, she was signed by Boss Model Management in South Africa and appeared in an editorial for Marie Claire in August 2014. Eventually, she moved to New York City after being signed by DNA Model Management and has walked for Lacoste, Giles, Paul Smith, and more.

Talking about her personal life, Aamito has kept it very low from the media. She hasn't revealed anything about her past and present relationship as the model is busy building her career. She is living a happy life on her own.

Aamito Lagum has an astonishing banana figure with natural busts, a slim waist, and full hips. However, her dress and bra cup is unknown but, she wears a shoe size of 11. She stands 5'11" tall and weighs 55 kg.

Aamito Lagum is a rising model who has an estimated net worth of between $1 to 5 Million dollars according to most of the sources. The majority of her income is generally made through her modeling. However, her annual salary is yet under review but, perceiving her career success, it is clear to be in hundreds of thousands every year.