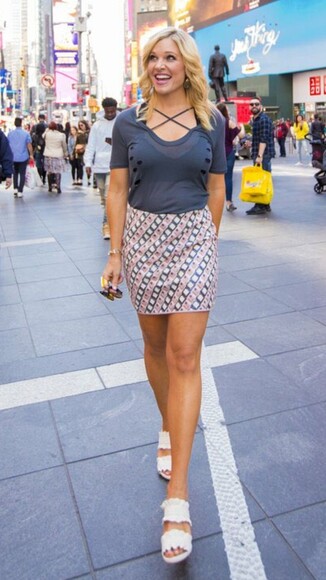 Anna Kooiman was conceived on February 7, 1984, in Charlotte, North Carolina, USA. She is an anchor who is broadly known as a reporter for Fox News based in New York City from 2011 to 2016 and a co-host for Fox & Friends. As of now, she is working for Australia's Network Ten as a substitute anchor and panelist.

Talking about her personal life, she is married to her long-term Australian boyfriend Tim Stuckey. They tied their knots on July 31, 2015, and then she moved to Sydney with her husband. Together, they have a son and are living in Sydney, Australia.

Anna Kooiman has an amazing apple figure with natural busts, a slim waist, and full hips. She wears a dress size of 4 and a bra cup of 36B yet her shoe size is unknown. She stands 5'9" tall and weighs 61 kg.

Anna Kooiman is an amazing anchor who has an estimated net worth of $3.8 Million according to most of the sources. The majority of her payroll is generally done by her anchoring. However, her annual paycheck is yet under review but, it is sure to be around hundreds of thousands every year.

Anna Kooiman was graduated from University of North Carolina at Wilmington.