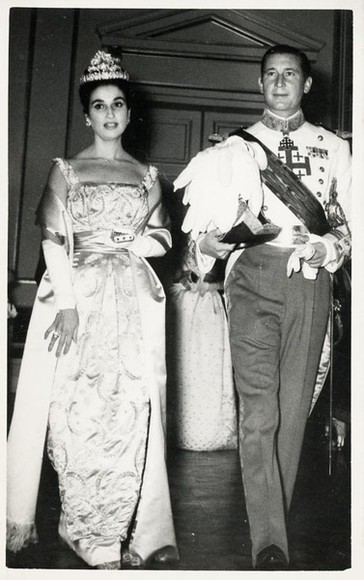 Maria del Carmen Franco y Polo, widely known as Carmen Franco was the 1st Duchess of Franco, Grandee of Spain, Marchioness of Villaverde, was born on September 14, 1926, in Oviedo, Asturias, Spain, to a Spanish general and dictator Francisco Franco and 1st Lady of Mieras Carme Polo. She was the only daughter of her parents.

She was married to a prominent surgeon Cristobal Martinez-Bordiu. 10th Marquis of Villaverde, who conducted the first heart transplant in Spain in 1968. Together the couple had seven children. Her husband died in 1998, and two decades after her spouse, she dies at the age of 91 due to cancer on 29 December 2017.

Carmen Franco had an astonishing hourglass figure with natural busts, slim waist, and full hips. However, her dress and shoe size were unknown, and she wore a 38B bra standing 5'7" tall and weighing 59 kg.

Carmen Franco was a wealthy Marchioness. Her net worth isn't available, but it is certain to be around millions. Being a Marchioness came with a heavy wealth and legacy. Her husband, who was a surgeon, was sure to have a huge income as well. She had seven children altogether who are businessmen and businesswomen.

Her education history is not yet available.