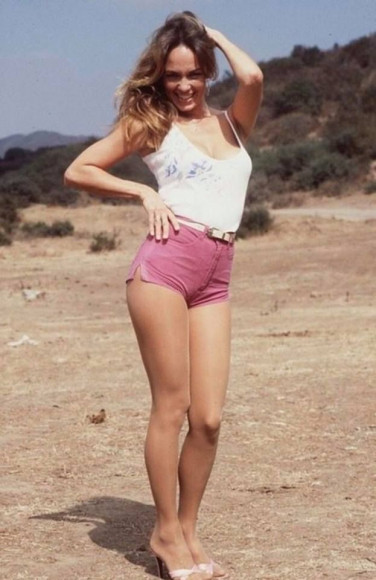 Catherine Bachman is an American actress born on March 1, 1954, in Cleveland, Ohio, USA, who is most notable for her role in the TV series The Dukes of Hazards as Daisy Duke, and African Skies as Margo Dutton. In 2012, she entered the CBS soap opera The Young and the Restless portraying Anita Lawson.

Talking about her personal life, Catherine Bach was married to entertainment lawyer Peter Lopez. The duo tied their knots in 1990 and had two amazing daughters. Unfortunately, in 2010, her husband took her last breath. Previously, she was married to David Shaw from 1976 to 1981.

Catherine Bach has an astonishing hourglass figure with natural busts, a slim waist, and wide hips. She wears a dress size of 8 and a shoe size of 10 along with a bra cup of 36C. She stands 5'8" tall and weighs 66 kg.

Catherine Bach is an amazing actress who has an estimated net worth of $1 Million according to the celebrity net worth. The majority of her earnings are basically made through her acting and hit roles. The actress earns approximately $1 Million every year as her annual paycheck and lives a luxurious life in Los Angeles, California.