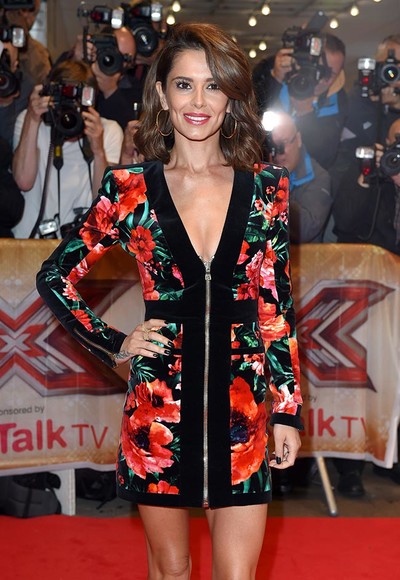 Cheryl Cole is a British singer, songwriter, TV personality born on June 30, 1983, in Newcastle upon Tyne, England to father Garry Tweedy, and mother, Joan Callaghan. She has four other siblings, three brothers and a sister. She grew up in the suburbs of Walker and followed Christianity as her faith.

Cole came into limelight when she was a contestant on ITV's Popstars: The Rivals and winning a place in Girls Aloud group created by the show. Eventually, she began to fire up her solo career solo albums 3 Words in 2009, Messy Little Raindrops in 2010, A Million Lights in 2012, and Only Human in 2014. She became the first solo artist to have five number-one singles in the UK.

She also served as a judge on the UK version of The X Factor in 2008. SHe is also considered as a style icon and has appeared on the covers of Harper's Bazaar, Elle, British Vogue.

Cole was married twice in her life. Her first husband was an English Football player Ashley Cole in 2006 and divorced in 2010. She was then married to Jean-Bernard Fernandez-Versini in 2014, getting a decree nisi from him on 2016. She was pregnant by her then-boyfriend former One Director member Liam Payne's son, whom she dated from 2016-2018.

Cheryl Cole has an astonishing hourglass figure with natural busts, slim waist, and full hips. Her dress and shoe size are 4 and 7. She wears a 34C bra standing 5'3" tall and weighing 51 kg.

Cheryl Cole is an amazing singer, songwriter, and TV personality who has a net worth of $40 Million according to celebrity net worth. Most of her income is basically made from her record sales, tours, and music business. Due to her commitment and solicitude towards her career, she has made herself worthy of multi-millions and earns approximately $6.7 Million every year.

Apart from her music, she has also been a part of several brand endorsements like L'Oreal and was seen in Reveal magazine's commercial for which she was paid in thousands of dollars. She owns a £3.75 Million house in north London that comes with a sweeping lawn, a private swimming pool, and a tennis court.

Cheryl Cole attended Walker Comprehensive School in Newcastle from 1994 to 1999.