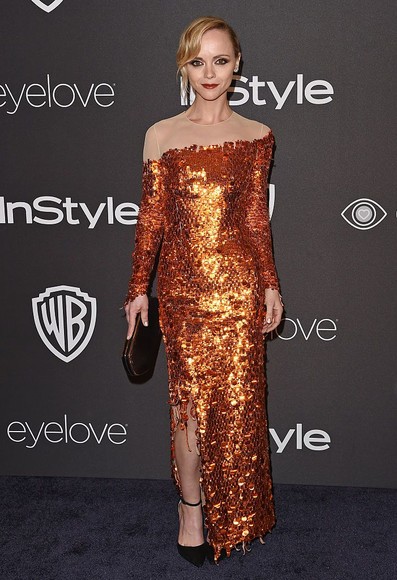 Christina Ricci is an American actress and producer born on February 12, 1980, in Santa Monica, California, USA, to father Ralph Ricci, a lawyer and group therapist and mother Sarah Ricci real estate agent. She is the youngest child out of four children and was raised, Christian.

Ricci began her first career at a young age of nine when she made her debut movie Mermaids in 1990. Her breakout role was the following year portraying the role of Wednesday Addams in the comedy film The Addams Family in 1991 and its sequel. Eventually, she began playing adult-oriented roles in The Ice Storm in 1997, The Opposite Sex in 1998, Buffalo '66 in 1998, and many more.

She has also appeared on the final season of Ally McBeal in 2002, and even a guest role in Grey's Anatomy in 2006. She starred in the series The Lizzie Borden Chronicles in 2015, and Z: The Beginning of Everything in 2017.

Christina Ricci is a hitched lady. She met her husband, James Heerdegen, in 2011 and started dating. The couple finally tied their knot on October 26, 2013, and were blessed with a son in 2014.

Christina Ricci has an astonishing hourglass figure with natural busts, slim waist, and full hips. Her dress and shoe size are 4 and 6. She wears a 34B bra standing 5'1" tall and weighing 50 kg.

Christina Ricci is a talented actress and producer who has an estimated net worth of $18 Million. Most of her income is generall made through her acting and TV appearances. Due to her hard work, dedication, and solicitude, she has made herself worthy of multi-millions and earns approximately $3 Million every year as her annual salary.

Apart from her acting, she has also been a part of several brand endorsements and TV commercial ads like gap clothing "Two White Shirts," "Count Chocula and Frankenberry cereals, and many more getting paid around thousands of dollars. Observing her success, it is certain that her net worth in the coming years is sure to increase in a huge wave. She lives a happy and luxurious life with her husband and son in Los Angeles, California.