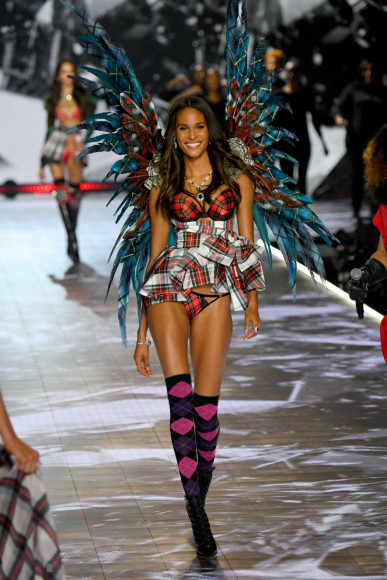 Cindy Bruna is a French model born on September 27, 1994, in Saint-Raphael, Var, PACA, France, who is widely famous for being a Victoria's Secret Angel. Bruna was first signed by Metropolitan Management and started modeling for Alaia and Elle. In 2012, she walked for Calvin Klein and began appearing on magazine covers. In 2013, she walked for Victoria's Secret Fashion Show and has appeared on every subsequent show. The model has done many campaigns for Burberry, Prada L'Oreal, Yves Saint Laurent, and many more.

Talking about her personal life, Cindy Bruna has kept it very far from the media. She hasn't disclosed anything about her past nor present relationships and is likely to be single. She is currently very dedicated to shaping her career and is living her life to the fullest.

Cindy Bruna has an astonishing banana figure with natural busts, a slim waist, and full hips. She wears a dress size of 2 and a shoe size of 9 along with a bra cup of 32A. She stands 5'11" tall and weighs 55 kg.

Cindy Bruna is a famous model who has an estimated net worth of $1.5 Million according to numerous sources. The majority of her paycheck is regularly made through her modeling. However, her annual payroll is yet under review but, observing her success, it is clear to be in hundreds of thousands every year.