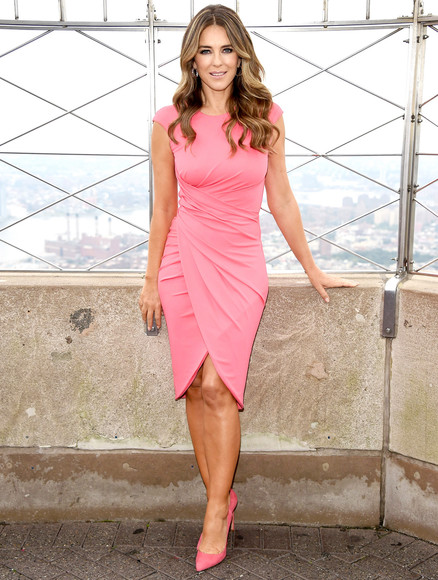 Elizabeth Hurley is an English actress, model, businesswoman born on June 10, 1964, in Basingstoke, England. She is mostly remembered for her role in Austin Powers: International Man of Mystery  in 1997, being the ex-girlfriend of Hugh Grant. During the mid-1990's she was the famous face for Estee Lauder's beauty campaigns.

She has dated many celebrities over the period, She was in a long-term relationship with an English actor Hugh Grant however, they decided to end their relationship in 2000's. The actress was pregnant with American businessman Steve Bing's son Damian Hurley who denied Damian was his son, but apparently a paternity test proved that he was his father. In 2002, Hurley dated a textile businessman Arun Nayar and tied a knot in 2007 in an English Castle. However, the couple got divorced in 2011. Then, she was in a relationship with a former Australian Cricketer Shane Warne, but in 2013, the ended their relationship.

Elizabeth Hurley is an English Actress, Model who has a net worth of $35 Million. Her large net worth comes from her success in the entertainment industry. The actress has starred in hit movies like Austin Powers: International Man of Mystery, My Favorite Martian, Serving Sara and Bedazzled. She also has made several appearance in different TV shows like Gossip Girl, Indiana Jones Chronicles, Project Catwalk, where she was the host, executive producer and judge for their first season. She has also earned a huge amount of money by modeling throughout the years. She was the spokes-model for Estee Lauder in 1995.

Elizabeth Hurley attended Harriet Costello School in Basingstroke, while in her teenage she was involved in punk fashion with dyeing her hair and piercing her nose.She had a dream to be an aspiring dancer in her young age where she enrolled in ballet classes. She then enrolled in London Studio Centre to pursue her degree in dance and theater.