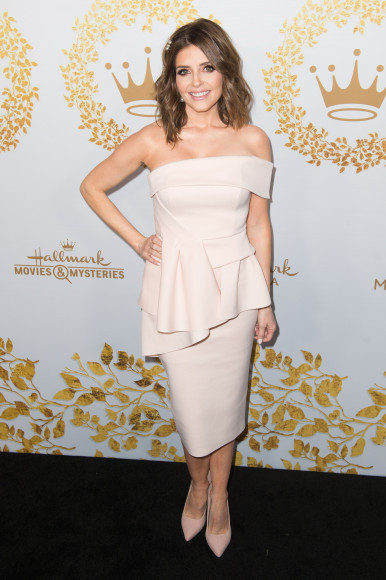 Jennifer Elizabeth Lilley is an American singer and actress born on August 4, 1984, in Roanoke, Virginia, USA, who is best known for her roles in the film The Artist in 2011, on the ABC soap opera General Hospital as Maxie Jones from 2011 to 2012, on the NBC soap opera Days of Our Lives as Theresa Donovan since 2013 and has also acted in numerous Hallmark movies.

Talking about her personal life, Jen Lilley is married to Jason Back. The couple began dating in 2005 keeping their relationship private. They finally tied their knots on May 26, 2007. They adopted two sons in 2017 and 2018, and finally, she gave birth to a daughter in August 2019.

Jen Lilley has an astonishing hourglass figure with natural busts, a slim waist, and wide hips. She wears a dress size of 6, a bra cup of 34C, and a shoe size of 6.5. She stands 5'2" tall and weighs 55 kg.

Jen Lilley is a talented actress and singer who has an estimated net worth of around $500,000 as per various sources. A huge part of her pay is broadly made through her acting. However, her annual payroll is yet under evaluation but, observing her success, it is certain to be in thousands of dollars every year.