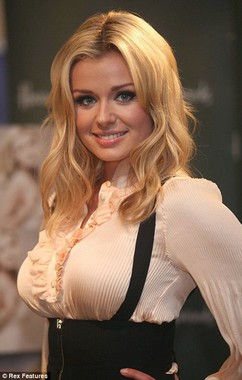 Katherine Maria Jenkins is one of the popular faces in the world of mezzo-soprano. The mezzo-soprano singer, songwriter, as well as performer first, began her career in 1998 and since then produced seven albums and performed at major events. She has also been into acting, appearing in numerous TV shows.

Jenkins was born on 29th June 1980 in Neath, Wales to her Christian parents Susan and Selwyn John. She was raised with her sister Laura in Wales. When she was 15 years old, her father died of lung cancer. She dedicates all her awards to her father in his memory and believes her father is somewhere in heaven. While she was studying at the Royal Academy of Music, she was attacked and nearly raped by a man who followed her off a bus after she had a night out with her friends. She fought him off well but eventually, he left with her wallet and has never been caught.

In 2005, she performed together with Dame Vera Margaret Lynn at the 60th Anniversary of VE Day in the song “We’ll Meet Again”. After the performance, she was given the nickname, “the new Forces’ Sweetheart”. She traveled to Iraq in December 2005 and 2006 to entertain soldiers for Christmas. On 28th January 2008, she released her autobiography, “Time to Say Hello”. In February 2011, she got engaged to Gethin Jones. The couple together bought a house in July 2010. The couple was going strong in their relationship but unfortunately, on 30th December 2011, they were no longer together. She then started dating Andrew Levitas and on 27 September 2014, they got married at Hampton Court Palace. In September 2015, her first child, a daughter was born named Aaliyah Reign and in April 2018 her son was born, Xander Robert Selwyn.

She has released over 25 albums which collected huge amount of revenue and did adventurous sales all over the world. Her husband is also a painter, sculptor, writer, filmmaker, producer, actor and photographer. He also has a good amount earnings in his name. The couple together has around $30 million of net worth as of 2019. They live in Richmond, West Virginia in a home worth $5.98 million.

At the beginning of 2007, she ranked 62nd richest young person in Britain, by Sunday Times Rich List. In 2010, she was placed in the Top 20 Young Millionaires. As of 2018, her net worth is estimated to be around $21 million. She has gathered the lump worth through her musical career.

Katherine Jenkins studied at Alderman Davies Church in Wales Primary School in Neath. She then attended Dwr-y-Felin Comprehensive School from where she proceeded to Gorseinon College. Jenkins was a genius student as she managed to pass her GCSEs and A-Levels with A grades. She also passed her Grade 8 voice and piano exams with distinctions. Later, she was a member of the Royal School of Church Music Cathedral Singers in between 1991 and 1996.

At the end of the year, she passed the ST. Cecilia Award which was the highest RSCM award for female choristers. For three years, she was the member of the National Youth Choir. She was a two-time winner of the BBC Radio 2 Welsh Choirgirl of the Year and also the winner of the BET Welsh Choirgirl of the year competition. She was only 17 years old when she got a scholarship at the Royal Academy of Music where she graduated with honors and receiving a music teacher’s diploma.

By the age of seven, she generated her interest in classical music. Since then she started taking piano lessons and joined the local choir. In October 2003, she performed at the Pope’s silver jubilee at Westminster Cathedral. She then performed as a special guest of Max Boyce at the Sydney Opera House. The same month she was with Aled Jones, supporting on his tour. Since then she became the official lady piece for the Wales rugby team. Before becoming the official lady piece, she recorded the Welsh team’s official song. The song was a version of Bread of Heaven backed by a 100-piece male voice choir. Before the Wales/England game, she sang the Welsh national anthem at Cardiff’s Millennium Stadium. She calls that moment very special and delightful.

Welsh mezzo-soprano, Katherine released her third album “Living a Dream” on 31 October 2005 in the UK. She was awarded Classical Brit Award for the album. In 2006, she released her fourth, “Serenade” followed by “Rejoice” in 2007 and “Sacred Ariad” in 2008. She then signed with Warner Music and released “Believe” in 2009.