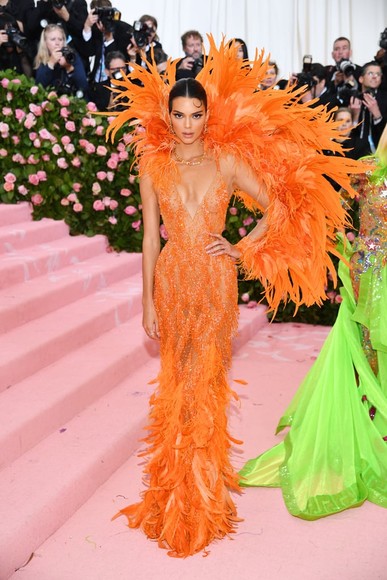 Kendall Jenner is an American model and media personality born on November 3, 1996, in Los Angeles to father Bruce Jenner (now as Caitlyn Jenner), an athlete and mother Kris Jenner, a TV personality. She has a younger sister named Kylie Jenner and eight other half-siblings. Kendall was raised with her sister and the Kardashians in Calabasas in Los Angeles.

Kendall Jenner started her initial career when she was a part of the reality show Keeping Up With The Kardashians. Jenner began modeling at a very young age of 14 and did several commercial print ad campaigns and photoshoots. In 2015, she started walking on runways for high fashion designers on Milan, New York, and Paris Fashion Weeks counting Victoria's Secret and a brand ambassador for Estee Lauder's.

Kendall has walked for many brands including Chanel, Fendi, Versace, Michael Kors, Dior, Miu Miu and many more. She was named #16 on Forbes magazine in 2015's list on top-earning models, and eventually, in 2018, she was the highest-paid model according to Forbes.

Talking about her personal life, she has been involved in several relationships. Her first boyfriend was Julian Swirsky, a friend of Justin Bieber. They started dating in 2011 but didn't seem to go quite well, leading to a separation the same year. After that, she has dated Julian Brookes, Harry Styles, Nick Jonas, Travis Scott, and others. As of 2019, she seems to be single and quite dedicated on her career.

Kendall Jenner has an amazing slim banana figure with natural busts, flat waist, and full hips. Her dress and shoe size are 2 and 10. She wears a 32A bra standing 5'10" tall and weighing 54 kg.

Kendall Jenner is an amazing model who has an estimated net worth of $40 Million. Most of her earnings are made through the modeling industry. Due to her hard work, dedication, and compassion towards her career, she has made herself worthy of multi-million dollars and earns approximately $5 Million every year as her salary.

Apart from the modeling industry, she is also a part of several brand endorsements including, Agua Bendita, Sherri Hill, Forever 21, Adidas, and a Brand Ambassador for Seventeen Magazine, which pays her a fat sum of salary. She has 119 Million Instagram followers and gets paid in hundreds of thousands of dollars per partnership pictures uploaded. She lives a luxurious and lavishing life in Calabasas, California, in her million dollars mansion.

She attended Sierra Canyon School in Los Angeles before switching to homeschooling in order to focus on her modeling and graduated in 2014.