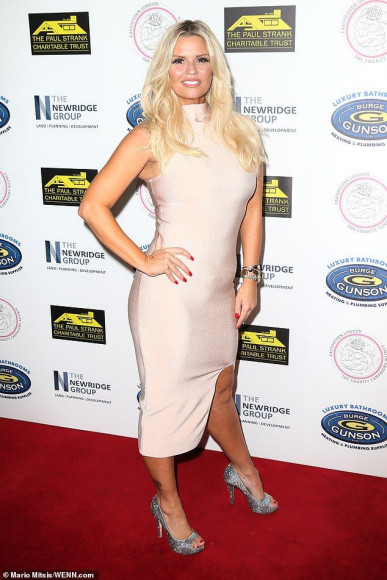 Kerry Katona is a British singer, musician, TV personality, and author born on September 6, 1980, in Warrington, Cheshire, England, who initially was a member of the British girl group "Atom Kitten" from 1998 to 2001 and once more from 2012 to 2017. She was also the winner of I'm a Celebrity... Get Me Out of Here!'s third season and the runner-up of Celebrity Big Brother 8 in 2012.

Talking about her personal life, Kerry Katona has been married thrice in her life and has five beautiful children. She was last married to George Kay from 2014 to 2017 and before him, she was married to Mark Croft from 2007 to 2011. Her first husband was Brian McFadden from 2002 to 2006.

Kerry Katona has an astonishing hourglass figure with natural busts, a slim waist, and wide hips. She wears a dress and shoe sizes of 7 and 8 along with a bra cup of 40H. She stands 5'3" tall and weighs 55 kg.

Kerry Katona is a popular singer and TV personality who has an estimated net worth of around $2 Million as per the celebrity net worth. A huge part of her income is made through her TV appearances and singing. However, her year-end paycheck is yet unavailable but, viewing her huge career, it is quite certain to be in hundreds of thousands every year.