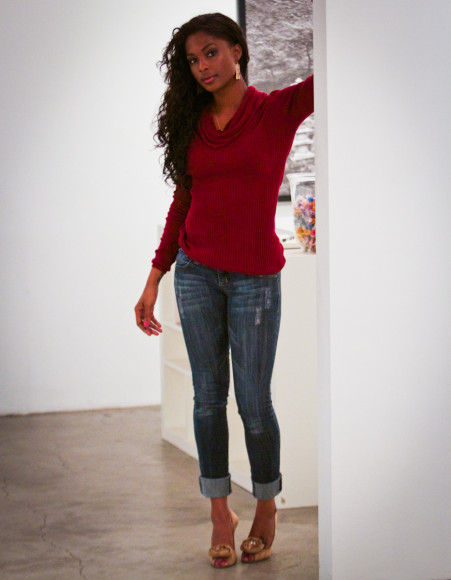 Lanisha Cole is an American actress and model born on February 13, 1982, in Pasadena, California, USA, who is best known for her work as the prize model for the American TV game show The Price is Right, in both Drew Carey and Bob Barker era. She has also appeared on movies like Soul Plane in 2004, A Beautiful Soul in 2012, and others. After the show, she joined the cast of the TV series bFacts or Faked: Paranormal Files.

Talking about her personal life, Lanisha Cole has kept it far from the media. She seems to be single and is very dedicated on her career. However, she has dated American host Nick Canon in the past and as of now she is living all by herself in Los Angeles, California.

Lanisha Cole has a beautiful figure with natural busts, a slim waist, and wide hips. However, her dress, shoe, and bra cup are unknown, she stands 5'7" tall and weighs 58 kg.

Lanisha Cole is an amazing model and actress who has an estimated net worth of $500,000 as per numerous sources. The bulk of her earnings are generally made through her modeling and acting. However, her annual income is yet unknown, but looking at her success, it is sure to be in thousands of dollars every year.