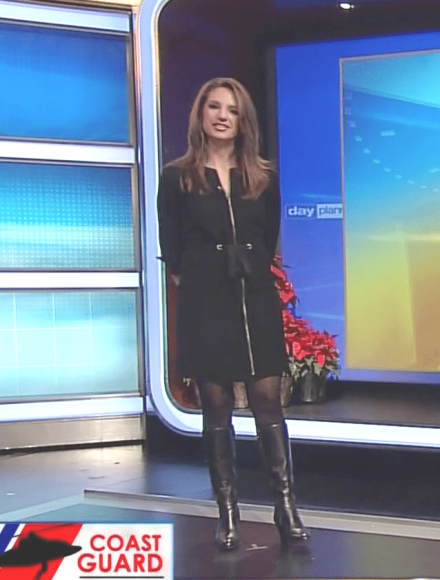 Maria LaRosa is an American meteorologist born on November 7, 1976, in New York City, New York, USA, who began her career in 2004 when she joined KYW-TV in Philadelphia, Pennsylvania, and since has worked with various channels as a host and co-host. She has worked for The Weather Channel, America's Morning Headquarters, and more.

Talking about her personal life, Maria LaRosa is married to Mariusz Kolakowski. However, their wedding details are not known. The couple has three children and lives a precious life in New York City, New York.

Maria LaRosa has a beautiful banana figure with firm busts, a flat stoach, and full hips. She wears a dress of 6 and a bra cup of 34B. Though her shoe size is unknown, she stands 6'2" tall and weighs 57 kg.

Maria LaRosa is a talented meteorologist who has an estimated net worth of $800,000 as per various sources. A significant role in her income is basically her weather forecasting. Although her annual salary is not known the average salary of a meteorologist ranges from $60,000 to $110,000 a year.

She was graduated from Penn State University with a bachelor's degree in Science in meteorology.