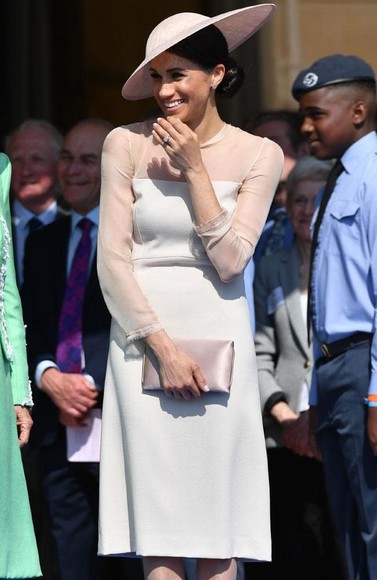 Meghan Markle, Duchess of Sussex, was born on August 4, 1981, in Los Angeles, California, to a director of photographer father Thomas W. Markle and a social welfare employee mother, Doria Ragland. She has two half-siblings and was raised, Christian. She belongs to German, English, French, and African American ethnicity. Her parents got separated when she was six and is no longer in contact with her siblings.

Meghan Markle began her career when she was a student at Northwestern University, where she appeared in small roles in TV series and films. She played the role of Rachel Zane on the American legal drama Suits from 2100 till 2017. She has also appeared on several movies, including A Lot Like Love, Deceit, The Candidate, Get Him to the Greek, and many more.

Meghan Markle is currently married to Prince Harry, Duke of Sussex. The couple started dating in 2016 through mutual contacts. They announced their engagement on November 27, 2017, and were married on May 19, 2018. They were blessed with their first son Archie Harrison Mountbatten-Windsor on May 6, 2019. Previously, she was married to actor Trevor Engelson from 2011 to 2013.

Meghan Markle has an apple figure with natural busts, narrow waist, and small hips. Her dress and shoe size are 6 and 7. She wears a 34B bra standing 5'7" tall and weighing 61 kg.

Meghan Markle is a former actress and currently the Duchess of Sussex, who has an estimated net worth of $5 Million according to the celebrity net worth. The majority of her earnings were generally made through her TV appearances and movie roles. Ascribed to her hard work, solicitude, and commitment, she has made herself worthy of millions.

Markle has also been a part of several brand endorsements like Reitmans getting paid in hundreds of thousands. She earns around $500,000 every year as her annual salary and lives a luxurious and lavishing life with her husband and son in London, England.

Meghan Markle attended Immaculate Heart Hugh School in Los Angeles, and was graduated from Northwestern University with a degree in communications.