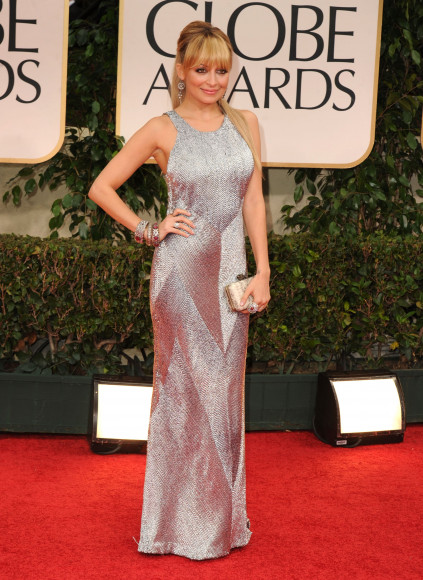 Nicole Camille Escovedo is an American TV personality, fashion designer, and actress born on September 21, 1981, in Berkeley, California, USA, who came into wider prominence after her appearance in the reality TV series The Simple Life from 2003 to 2007, and eventually after the show, she appeared as one of the judges in Fashion Star from 2012 to 2013, and on Making the Cut in 2020.

Talking about her personal life, Nicole Richie is married to singer Joel Madden. The couple began dating in 2006 and after four years in February 2010, they announced their engagement. They finally tied their knots on December 11, 2010, and together have two children.

Nicole Riche has a slender banana figure with firm busts, a flat stomach, and full hips. She wears a dress and shoe size of 2 and 7 along with a bra cup of 32A. She stands 5'1" tall and weighs 45 kg.

Nicole Richie is a popular TV personality who has an estimated net worth of $25 Million as per the celebrity net worth. A huge part of her pay is made through her TV appearances. Although her year-end income is yet under evaluation but, viewing he career, it is quite certain to be in millions of dollars every year.

She attended the University of Arizona but dropped out after two years.