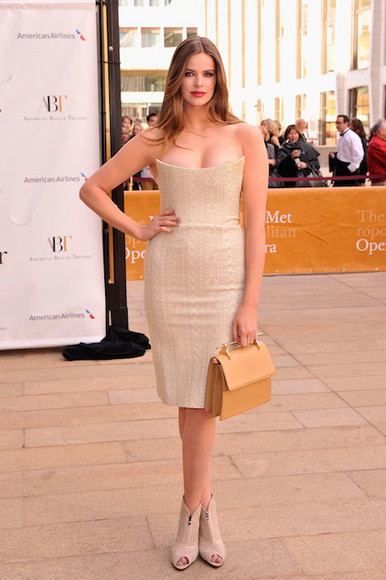 Robyn Lawley is an Australian model born on June 13, 1989, in Garraween, New South Wales, Australia, to father Chris Lawley, and mother Janne Lawley. She has two older sisters. She holds an Australian nationality and her star sign is Gemini.

Robyn Lawley was ready to be signed for modeling at the age of 15 although she thought she wasn't ready. Finally, she was signed by Bella model management which is a plus-size modeling agency in Australia when she was 18 and her first magazine shoot was done in 2006 for Dolly. In her initial career, she appeared on plus-sized clothing for New Zealand brand EziBuy.

Her career boosted when she began posing for French Marie Claire, Elle, and Cosmopolitan. Over her career, she has walked for several designers like Elena Miro at Milan Fashion Week, Peter Morrissey at Australian Fashion Week, and more. Lawley has been recognized as a model and not only a plus-sized model and has appeared on the 2015, 2016, and 2017 issue of Sports Illustrated Swimsuit Issue.

Robyn Lawley is currently living with her partner Everest Schmidt who is a lawyer. However, the duo is not yet married but they have a daughter together named Ripley. She is living a happy life with her partner and daughter.

Robyn Lawley has an astonishing hourglass figure with natural busts, a slim waist, and wide hips. She wears a dress of 14 and a shoe of 9. Her bra cup is 36D standing 6'2'' tall and weighing 82 kg.

Robyn Lawley is a talented model who has a fortunate net worth of $500,000 according to some sources. The utmost of her income is primarily made through her modeling. Ascribed to her commitment, courage, and confidence, she has made herself worthy of hundreds of thousands.

Apart from her modeling, she has also been a part of numerous brand endorsements including Boux Lingerie, Chantelle Lingerie, H&M, Ralph Lauren, and more. Regarding her success, it is clear her net worth in the expected future is definitely to increase in a wave. However, her annual income is yet under review but, it is certain to be in hundreds of thousands.